Back in 1951, Robert Edward Warner was a man with a great vision:  to build a premier engineering firm that would span generations.  That he did.   He formed Warner Engineering Company in downtown Lorain.  As a former project manager at National Tube (U.S. Steel’s Lorain Works), the firm landed numerous contracts for major projects at steel-making plants throughout the Midwest.  That is the foundation on which our engineering firm was born.

In 1956, the firm was converted to an Ohio Business Trust and the name was changed to R.E. Warner & Associates. R.E. Warner Architects, Inc., a professional corporation, was established in 1985 to practice architecture in the State of Ohio.

In the 1950’s and 1960’s, mechanical, electrical and civil engineering kept the firm quite busy with projects for the steel industry throughout the Midwest. As the company grew, the professional disciplines of environmental, architectural, instrumentations and controls, structural, processing and piping, mechanical/HVAC and industrial engineering and surveying were added and our client base significantly expanded to include many of our nation’s largest automotive and chemical producers, local manufacturers, electric power companies, commercial and institutional facilities, and various agencies of federal, state, and local governments.

Since entering the age of computer-aided drafting on August 30, 1985 with the purchase of a Victor CADD station, R.E. Warner has completed major technology upgrades including purchasing AutoCAD Revit and SolidWorks 3-D modeling software and Deltek Vision, a fully-integrated project based accounting and project management software for architecture and engineering firms.

On March 2, 2016, R.E. Warner & Associates, Inc. completed the acquisition of Accurate Technologies, a surveying business with licensed specialists in industrial measurements and mapping, based in Canton, Ohio. R.E. Warner and Accurate Technologies have combined their engineering and surveying companies to provide enhanced services to industries ranging from steel mills to municipalities. This is the first acquisition of its kind for R.E. Warner and the firm is now able to provide cutting edge technologies in 3D laser scanning and laser tracking that moves beyond traditional surveying and ultimately providing a direct cost savings to clients. The firm also predicts an increase in business because of its FAA-approved license to fly a 3D mapping drone to create mapping for surveying and engineering purposes.

Today, R.E. Warner is a diversified, full-service, multi-discipline consulting engineering, architectural and surveying firm serving both public and private clients.   The firm’s evolution has moved through five generations of leadership. Ownership has evolved by managing key person transitions and welcoming new partners with an entrepreneurial spirit, growing the original three shareholders to currently 20 shareholders. The company has a proven track record of demonstrating its ability to adapt and evolve with the changing times.

We are often listed among the top ranking largest engineering firms on The List of Crain’s Cleveland Business, as well as being recognized with numerous honors and awards, including the American Council of Engineering Companies Excellence Honor Awards, the Cleveland Restoration Society 2007 Preservation Award, ZweigWhite’s Best Multi-Discipline Firm to Work For two-time winner honoring 100 firms in the US and Canada, North Coast 99 five-time winner honoring 99 great workplaces for top talent in Northeast Ohio, and CE News 2004 Best Civil Engineering Firm. Our steady growth is an excellent indication of client satisfaction.

A HISTORY OF ENGINEERED GROWTH

Selected highlights from more than six decades of R.E. Warner history, including some of our most significant milestones and groundbreaking projects.

Warner Engineering Company was organized with offices on the fourth floor of the Broadway Building in Lorain, Ohio and founded by Robert E. Warner, a Mechanical Engineer.

Addition of other engineering disciplines grows client list to include Colorado Fuel & Iron in Pueblo, Colorado, McLouth Steel in Detroit, and Republic Steel in Cleveland. 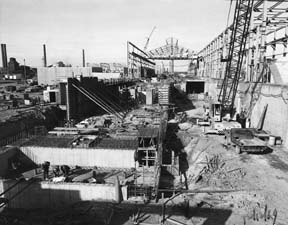 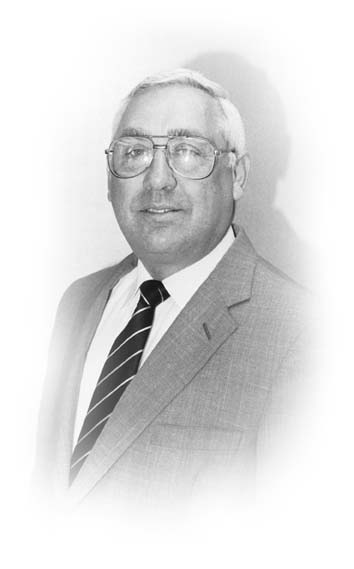 Firm re-enters the public works market by obtaining a contract from the Lorain County Engineer to design a small bridge on Route 83 over French Creek.

R.E. Warner Architects, Inc. was established to practice architecture in the State of Ohio.

Board elects Dave Sminchak as President & Chairman of the firm.

Facing the challenge of our industrial market shrinking, we teamed with S.E. Johnson and were selected by the Ohio Department of Transportation for design and construction of a third lane and bridge widening on Interstate 90 in Lorain County. At the time, this was the largest design/build contract awarded by ODOT.

With the steel industry already reeling, the attacks on September 11th created havoc on the economy and pushed the country into a recession.  Over the next few years, we were faced with reduced capital spending in all our markets, but take advantage of our technical strengths and market diversity to weather the economic storm. 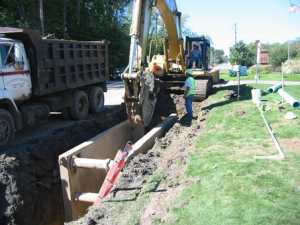 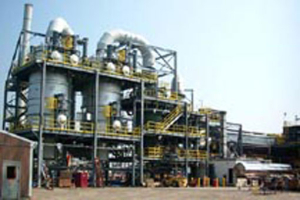 Relocated to LaCentre Seizing a unique opportunity to lease Class A space at below market rates, R.E. Warner relocated from King James Office Park to our current home in modern, state-of-the-art facilities at LA Office Plaza at LaCentre.

Looking to the future, we kicked off Leadership Warner, an innovative one-year leadership development program for our young professionals.

We were awarded the largest single design contract in our firm’s history by RMI Titanium, a world class titanium producer, for a greenfield titanium plant in Martinsville, Virginia.

We completed a major technology upgrade by purchasing AutoCAD Revit and SolidWorks 3-D modeling software and Deltek Vision, a fully-integrated project based accounting and project management software for architecture and engineering firms.

We accelerated the design of improvements to Bainbridge Road in Solon for the Cuyahoga County Engineer in time for the project to receive the first stimulus funds in the county under the American Resource and Recovery Act. 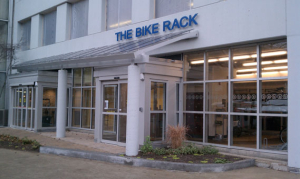 R.E. Warner was recognized for the fifth consecutive year by the Employer’s Resource Council as one of the Top 99 places to work in Northeast Ohio.

Millennium Inorganic Chemicals selected R.E. Warner for design of a major process improvement to their Ashtabula facility, improving production efficiency up to 25%.

We receive our first contract with the Northeast Ohio Regional Sewer District for design of the chemical storage and feed facility at their Easterly Wastewater Treatment facility. 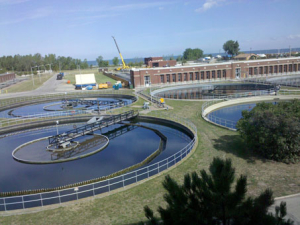 Shaping Our Future – The Longview Group is retained to facilitate our strategic plan as we begin our next decade.

Awarded contract for construction engineering of a new in-line forge press and soaking pit for a leading global manufacturer of highly engineered bearings, alloy steels, and related components and assemblies.

Selected for installation and construction engineering for a new forge shop and 10,000 ton forge press including building renovations and expansion, office and administration buildings and site improvements including railroad spur at forging manufacturer’s facility in Pennsylvania.

R.E. Warner, in  association with a regional environmental engineering firm, was selected by a leading publicly owned utility to undertake an assessment of a recently shut down power plant to maximize asset recovery from the plant, provide an assessment of environmental remediation options based on future reuse, and assist in determining the overall value and opportunities for redevelopment of the plant property. 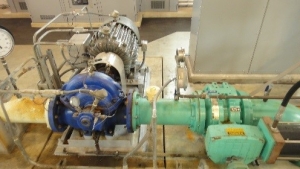 Contract award for construction and installation of the world’s second micro steel mill.

4th Annual Open House Benefiting Toys for Tots Sets New Record:  Living out our corporate values of improving our community by serving others in addition to providing professional service is important to our firm and employees.  Over the last several years we have raised $11,000 each year to support many worthy causes in our community. 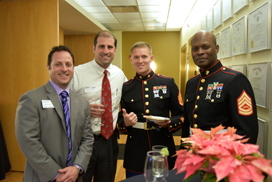 Firm and Employees Honored with Several Distinguished Awards for:  Best Firm to Work For Multidiscipline Category; Firm President Honored as Distinguished CSU Alumnus; and Civil/Survey Department Manager named a 2017 Rising Star in Civil Engineering.  These awards enhance our firm reputation and therefore our team’s pride in their workplace and ability to recruit top talent. 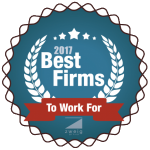 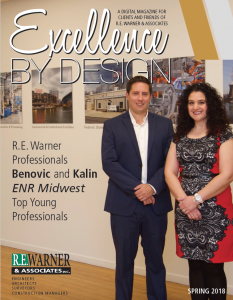 Two R.E. Warner Associates Named Engineering News-Record Midwest’s 2018 Top Young Professionals Under the Age for 40 for building extraordinary industry portfolios, donating significant time and expertise to serve their communities, and working on innovative solutions that saved time and money on their projects.